This weeks’ example features the large British insurer, More Than and a phishing scammer. Complete opposites in every way, we can learn very different but equally valuable lessons from both.

More Than is a large insurance company offering a variety of products to its British audience including motor, home, pet and travel insurance.

Here is an example from August 2016 of how More Than helped to create an event that effectively targeted its audience and provided lasting promotional benefits. Working with Dominic Wilcox, More Than were behind the world’s first interactive art exhibition for dogs.

The exhibition enjoyed publicity from various online sources, including several diverse Facebook communities such as UNILAD, CNN Travel, Parsec and Huffington Post. Working with online communities and influencers is a great way to get our content distributed to a larger audience. It really is worth building and maintaining these kind of relationships. Influencers who nurture a community of pet lovers, for example, are a great way to distribute messages that would be beneficial to your customers.

The success of this particular campaign was realised because More Than didn’t just put their name on everything in sight. They realised that by attracting their audience to an event, they would naturally see and hear the business name More Than and might consider their insurance products in the future.

The event was also highly targeted to a specific audience. Although pet owners were the primary target, the publicity gained was sure to have a positive effect on all parts of the business. 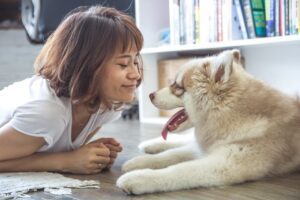 To promote the event, More Than used their own YouTube and other social media channels as well as involving several media outlets. Once the story of this exhibition was in the public domain, it was shared extensively as it still is to this day.

Getting the word out in the beginning is the hardest part of a new marketing campaign. A large organisation like More Than will have many media contacts to whom they could distribute news of their latest campaign. There’s no reason why you couldn’t do that with local news outlets and bloggers. Start with your friends and family, build your list of influencers and you’ll continue to make valuable contacts. It’s important to build your network even when you have little to promote so that it’s ready for that big campaign.

Although a dedicated exhibition may be beyond most of our budgets, this is a really cool example of how marketing can be used to gain new business without the necessity for a direct sales pitch.

Marketing is as much about PR as it is about sales and the PR benefits More Than will enjoy from this exhibition will be just as great, or perhaps even greater than if they had spent the same amount of money on advertising. After all, 6 months later, we’re discussing it here.

More Than Venice would like to make it explicitly clear that the email discussed in this blog post was neither sent nor endorsed by Amazon. They were as much the victim here as anyone that may have clicked on the fraudulent link in the email. Exact details have been removed to protect innocent parties.

This fail is an example from a few days ago and did indeed fail in its attempt to get whatever information it was seeking. Please take the time to learn not only how you can improve your marketing, but also how you can take steps to identify potentially fraudulent emails. 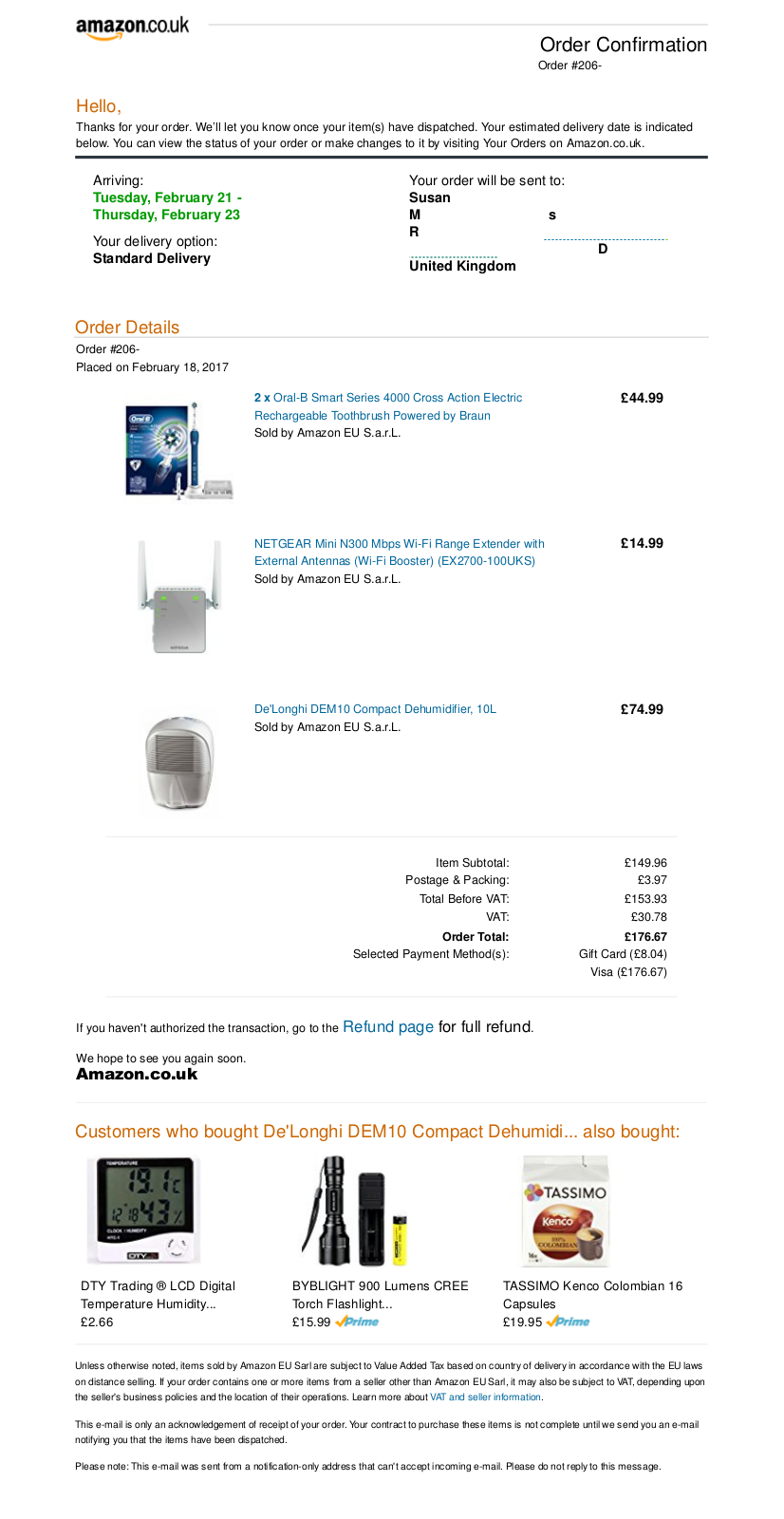 It may sound strange, but we can learn marketing best practice from fraudsters. They send you an email from a seemingly reputable source and make sure to copy the style and tone of the company they are impersonating as closely as possible.

In email marketing, there are three things vital to running a successful campaign which we are sure to touch on again and again in future editions of Hail & Fail.

The biggest lesson here is that if you are a reputable source, people will want to open your email. The first hurdle to running a great email campaign is deliverability, and the second is actually being read once your email has arrived safely.

These are the trust elements. As long as you follow email best practice, your emails should get delivered. What you’ll need to put some thought and effort into is how to be the brand that people want to see and receive messages from.

We know Amazon and if we’re customers, we expect to receive emails from them. I’d even go as far as to say we’re happy to read them. It’s a combination of their stellar reputation and their ability to construct a good email.

The scammer kept with Amazon‘s layout and branding because it’s something Amazon customers would expect. Don’t play around with what your customers expect from you. Be consistent.

We can see from the image above that at first glance at least, we appear to have a genuine communication. Logos, colours, fonts and sections all make the email look genuine.

The scammer knows what they want you to do. The call to action is very clear. They have sent a message telling you you’ve bought something they know you haven’t. Their call to action is the line asking you to go to the refund page if you haven’t ordered anything. Note that it’s in slightly larger text than the rest of the email and also the font used breaks with the all important consistency of branding.

There are a few more small details that aren’t quite right with the email. See if you can spot them, but I’ll leave that out of this analysis.

The entire email was themed flawlessly. The scammer started out with a clear objective and created a story based around that objective. From start to finish, the email made it look as though an unauthorised order was due for delivery to an address unknown to the target of the email. The address given in this email is unknown to More Than Venice and has been censored.  The recipient would think “I didn’t order this item”, so their natural response would be to click the ‘Refund page’ link to get their money back.

For you and your email marketing campaigns, it’s important to make yourself the trusted organisation your list wants to hear from. When you send emails to your audience, make sure you know what you’re trying to achieve when you send the email. As with Amazon and the emails impersonating Amazon, you need to be consistent with the language and visual elements of your message. People feel comfortable with things they know and understand; try not to surprise them.

That’s all for now. we’d better go and collect that package that’s due today since we didn’t cancel the delivery. To make it worse, it’s being sent to someone we don’t even know!

What are your thoughts on this week’s Hail & Fail?

How could you use the Hail in your business and how would you improve and adapt the Fail to make a successful campaign in your business? Let us know in the comments section below or on Twitter using the hashtag #HailnFail and our Twitter handle @MoreThanVenice <–click to tweet.

Or join the conversation on the Hail & Fail Facebook page.